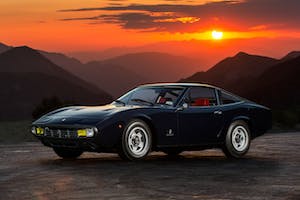 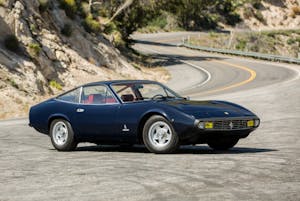 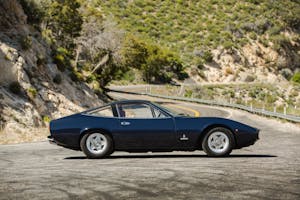 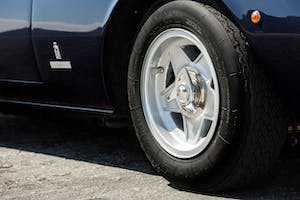 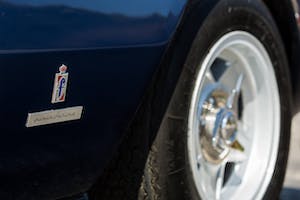 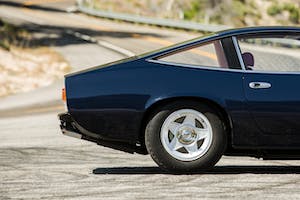 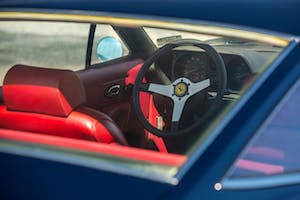 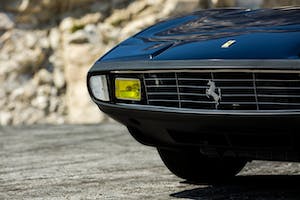 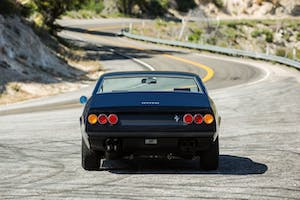 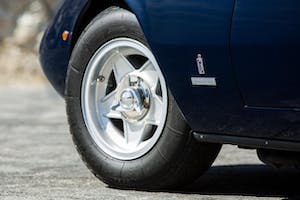 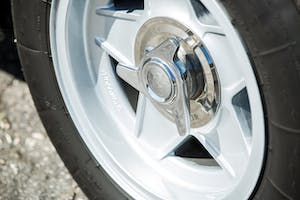 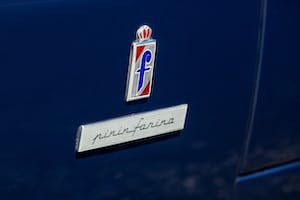 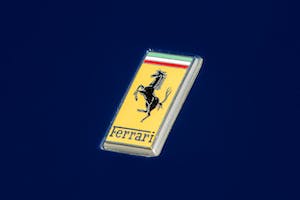 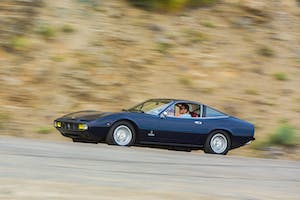 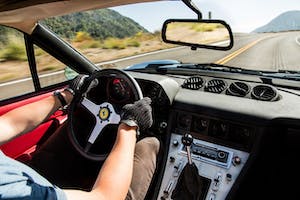 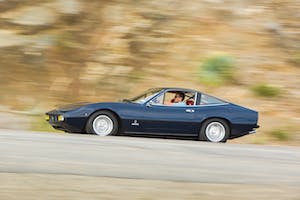 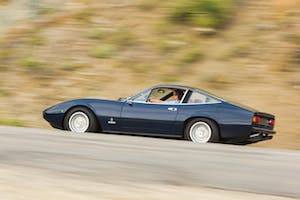 The relationship between Sergio Pininfarina and Enzo Ferrari is one that continues to be filled with a charismatic synergy to create, like two artists, the form and function that we know today as the Ferrari. This seemingly eternal relationship started in 1951 and over 200 designs later has no end in sight. Pininfarina is responsible for the silhouettes & style of the 250 GTO, 275, 246 Dino, and even contemporary concept creations such as the P4/5. In short, Pininfarina is an essential part of not only coach building history, but also Ferrari’s history.

There is one very notable point in this 65-year history that highlights the example on offer, specifically. The 1971 Ferrari 365 GTC/4, Chassis # 14419 is likely the most important example of the model to be offered to the public in recent years. According to the accompanying Massini Report, Chassis # 14419 was the 6th off the line and was ordered, invoiced, and delivered new to Carrozzeria Pininfarina S.p.A of Torino, Italy. Additionally it was kept and used by Company President Sergio Pininfarina as a personal vehicle from 1971 until 1973. Beyond being enjoyed by Mr. Pininfarina, the car was also the coachbuilder’s press/marketing demonstrator for the recently penned design.             As the in-period marketing photos depict, the GTC/4 was marketed more towards Ferrari’s Gran Touring market, and thus the GTC/4, based on the Daytona, received several upgrades. Power steering, back seats, a slightly longer wheelbase, air conditioning and self-leveling rear suspension which all added up to an element of practicality not commonly found in the Daytona. Being the choice for Sergio Pininfarina as a car to use and enjoy, personally, it is no surprise that the GTC/4 is commonly the alternative to Daytona ownership. If one seeks all the comforts of a true GT car while remaining rare with only 505 produced, a GTC/4 is the best option.

Mr. Pininfarina’s GTC/4 is also the recent recipient of a total nut-and-bolt mechanical restoration by the well-known marque experts at Fast Cars Ltd. of Redondo Beach, CA. The restoration entailed the engine, transmission, rear end, suspension, brakes, and other such related components/systems being comprehensively rebuilt/restored without regard to cost with only correctness and quality in mind. Receipts total in excess of $120,000 for a job well done to the highest possible standards. Only an estimated 100 miles of engine dyno time and a further 500 driving miles for sorting have been attributed since completion in May of 2016, deeming it turn-key and as close to perfect as possible, mechanically.

Cosmetically, a more recent Blue Sera paint job has been completed by a former FCNA Judge and East Coast Ferrari collector/restorer around 2008. The paint shows well for a high level driver that could be shown. It is not without flaws however, there is a small paint crack near the left front 90 degree hood gap, and a blemish here or there from use, to be found. Otherwise it is straight down the sides with great gaps and panel fitment and freshly refinished trim throughout the exterior.

While a leather interior was an option for GTC/4’s when new, this particular example has a contrasting Red Leather interior that stands out and provides for a superb environment when behind the wheel. While not the original black with green plaid inserts as shown in the period marketing photos, the interior does show well for an older installation. Having recently been treated to a re-dye, it shows well and presents as enjoyable and show worthy. Other interior items such as a Becker radio; a nicely restored steering wheel and all other components throughout match the quality of the rest of the car. Though it should be noted the radio does not work at this time. All other gauges and accessory functions work as intended with no other issues noted. As the 6th example produced, there are certain elements that are unique to an early GTC/4 such as the leather dash, which is in excellent condition. Overall, the cosmetic condition is suitable for concours or driving events and should be considered excellent, but not perfect with one or two imperfections to be noted. The wheels and knock-offs have recently been refinished and are wrapped in a brand new set of correct Michelin XWX Tires.

Mr. Pininfarina’s GTC/4 has a very interesting and important past in the public eye. Fresh from restoration, this example continued the trend and was most recently on display at the 2016 Greystone Mansion Concours. It should be noted that the Ferrari Classiche Certification has been completed, applied for, and the “Red Book” will be forwarded to the new owner upon receiving it from Maranello. Included with the sale is a complete set of tools in the appropriate tool case, correct jack, matching spare, and an original pouch with books. Additionally, receipts for the comprehensive restoration will be included as well as the Marcel Massini report which details the cars history.

There are noted figures in automotive history that are hard to forget when enjoying their masterpieces. They have all left an impact on anyone who has ever enjoyed their creations. This is an unprecedented opportunity for any serious collector to enjoy and follow in the literal footsteps of an automotive all-time great. Sergio Pininfarina would surely recommend a drive in his very own GTC/4 with prowess. Now is the opportunity to acquire and cherish his masterpiece. As a worthwhile addition to any collection and surely a GTC/4 with unrivaled merit, it will remain an important part of both Ferrari and Pininfarina History.