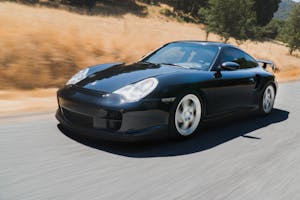 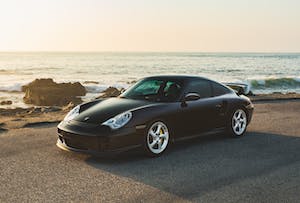 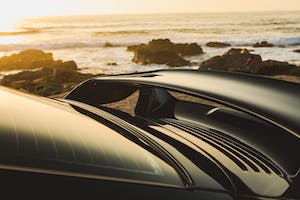 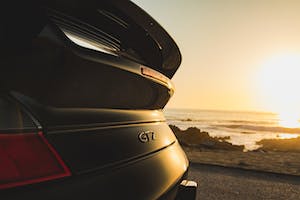 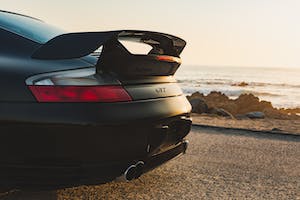 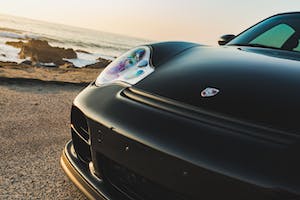 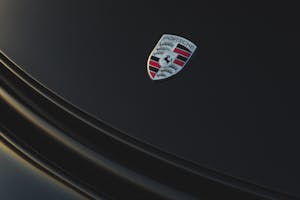 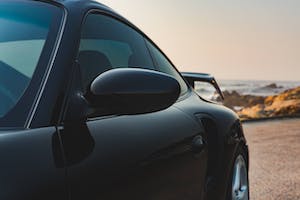 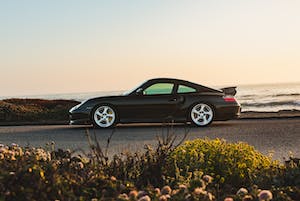 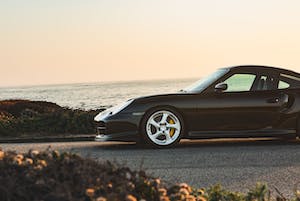 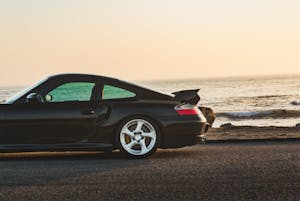 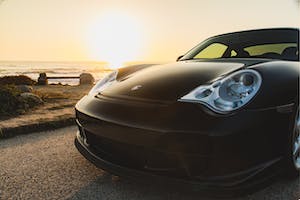 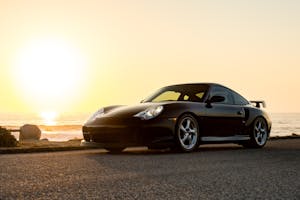 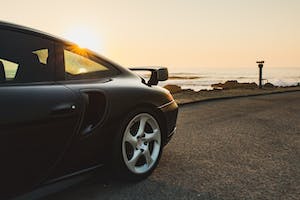 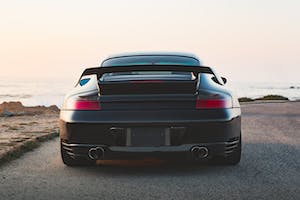 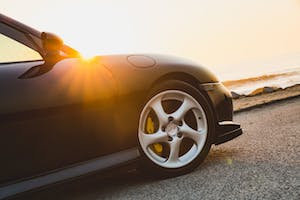 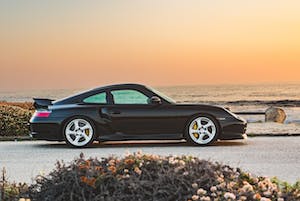 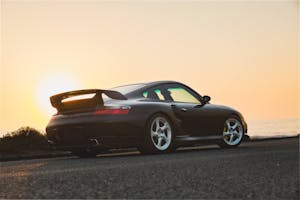 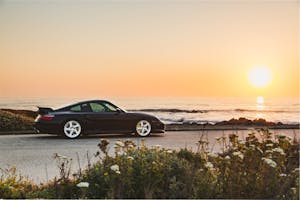 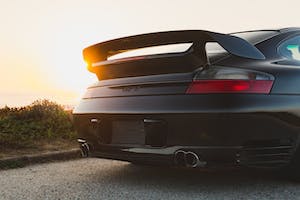 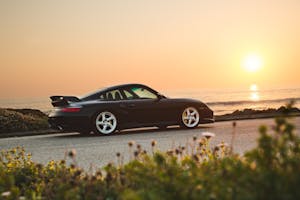 The Porsche 911 has been a symbol for the standard of what a proper sports car is supposed to be for over 50 years. They have managed to preserve a timeless design and driving experience, that has been unrivaled by any other automotive manufacturer. Towards the end of the air-cooled era, Porsche debuted the first ever GT2 into their 993 model range. Porsche was facing great adversity in homologation racing, as Audi was having great success with the Quattro and Nissan was dominating with their mighty GT-R. Porsche needed something that could go head to head with the new competition, thus came about the GT2. It took a standard 993 Turbo, omitted the front drivetrain to save weight, tuned up the engine by running higher boost pressure as well as implementing twin ignition, widened the fenders to accommodate large racing tires, and added a massive rear wing for down force. Making 450bhp, the GT2 was a serious and raw racing car that gained the admiration and respect of all car enthusiasts.

Now reaching the turn of the millennium and the end of the air-cooled era, Porsche had now released the completely re-engineered 996 in 1999. It was not until 2002 when Porsche then came out with the brand new GT2 which remained rear wheel drive, uncorrupted by driver aids, and irrefutably fast. The turbo lag users experienced with the 993 was almost non-existent, power was upped to 476bhp, and still maintained the signature styling elements of the previous GT2. It also had wider fenders, more aggressive front nose, and that humungous rear wing. With a mere 317 examples built for North American delivery, these machines are extremely exclusive and pose significant collector value.

The car on offer is 2002 Porsche GT2, chassis number WPOAB29942S696171, engine number 64221148 finished in Black over a Black leather interior. According to the COA, this is a matching numbers example and has remained in its original configuration from day one. The car is completely stock, with only careful use and service to match throughout the years. The CARFAX report catalogs the cars history well. Delivered new by a Porsche Dealership in Maryland it was delivered to its first owner, from Ohio. By 2004 the car was living in CT before moving to CA and AZ with 4 more owners, finally being acquired by LBI Limited in August of 2017.

The 996 GT2 looks truly villainous in black, and also alludes that it is a no nonsense machine. Looking down the body of the car, one will note no fluctuations in the finish of the paint, sporting great depth as well as an excellent shine. This example has great panel fitment as well, showing as it did from the factory. Inspecting the front bumper, one will note some specking in the paint from high speed driving but nothing severe. The front lip also has a touch of curb rash which will most likely occur again, so unless the intention is to not drive the car, it can be left as is. Please note, the front bumper and hood have been painted and blended into the body. There was great care taken by the specialist at Bodytech of Ventura, California to ensure a seamless finish. The only way to definitively know there was paint work, is to put a paint meter on those areas, otherwise it would go unnoticed. Proceeding with our inspection, the headlamp and tail lamp lenses are crystal clear and undamaged. All the rubber seals and trim are well-kept, in presentable condition, and the 5-spoke, turbo twist wheels pristine with not one spec of curb rash. The tires we would recommend changing due to age.

Entering the black leather interior of this example, one will immediately take notice of the previous care taken in this GT2’s upkeep. The seats display no significant side bolster ware or deformation of the leather, with the contrasting red stitching accenting them nicely. Inspecting the door jams, there are no serious blemishes to note. The paint is unmolested, the carbon “GT2” kick plates are unharmed, and all factory stickers present. Once seated in this example, if one were to reach down to pull the release for the front trunk or engine lid, one would notice a few light scuffs on the release housing. The dash poses no inconsistencies of merit, housing the functional gauge cluster, and all instruments reading accurately. The center console presents well, having maintained its original finishes and factory head unit. Looking over the rugs and door panels, again we find no faults of concerns and on par with a well-cared for example.

Moving our inspection to the engine bay, there are no items to point out in terms of being incorrect or in need of repair. It shows to be quite tidy, finishes having held up well and no sign of poor craftsmanship during servicing. Walking around to the front trunk, the black liner is immaculate with no blemishes to note. The data sticker remains present on the underside of the hood, indicating this GT2 has remained in its factory assigned specifications. Remaining areas are neat and in order. Looking over the underside, there is no evidence of prior damage or mistreatment. The suspension appears to be sorted, unmodified, and in need of no repairs. One item the underside could benefit from in a comprehensive detail just to bring up finishes and tidy up the nooks and crannies.

The mechanical operation of this GT2 is nothing short of flawless. The 3.6L twin-turbocharged engine runs beautifully both during hard use and at idle. According the service records, this example received its 15k mile service in September of 2013 by Porsche North Scottsdale of Phoenix, Arizona. We also see several other records depicting routine lubrication services and other minor maintenance items to ensure the car was always in good working order. Currently, the car starts with no more than a flick of the key and quickly comes to a smooth idle. During use, the temperatures and pressures remain consistent and at optimal levels. Unlike the all-wheel drive Turbos, the GT2 is rear wheel drive, making for a much lighter and chuck-able steering rack that has absolutely no play and is laser accurate. The brakes bite hard, promptly knocking of speed without issue, and plenty of life appearing to be left on the PCCB rotors and pads. Gear changes are swift and satisfying as the 6-speed gearbox is an absolute peach. The clutch grabs hard and does not have any symptoms of significant wear. All in all, this example is in proper working order, ready to be driven any distance.

The Porsche 996 GT2 is a raw, purpose built machine that allows the user to really attack racing circuits or imagine doing so on their favorite windy back road. With only about 317 U.S. spec cars produced, loads of performance, and a power delivery that offers one of the most satisfying driving experiences, the GT2 has great current as well as potential market value. The car on offer is a premium example, finished in attractive colors, and falls in the sub-20k mile bracket. This is a prime opportunity to take a fantastic low miles GT2 into ownership and will certainly not disappoint. Offered with this sale are the books, tools, some service records, and Porsche Certificate of Authenticity.