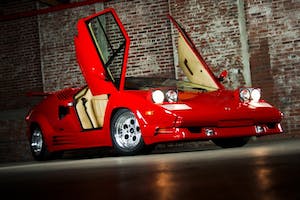 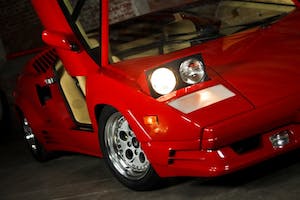 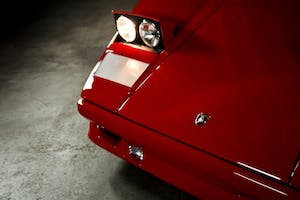 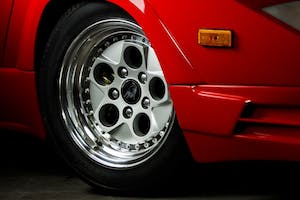 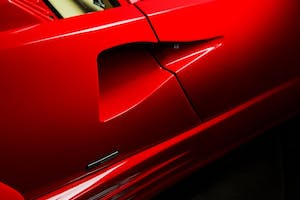 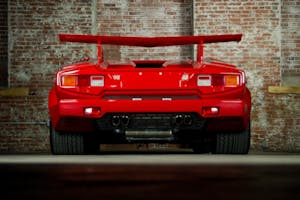 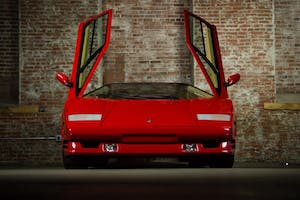 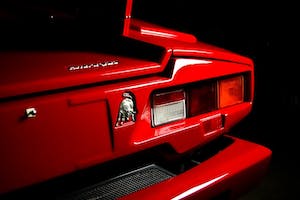 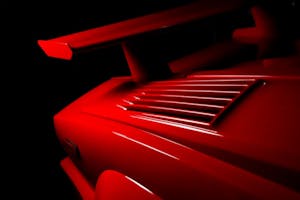 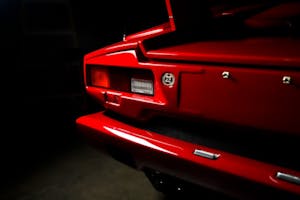 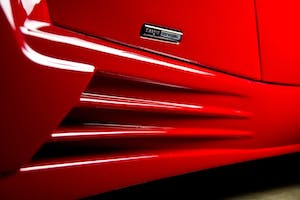 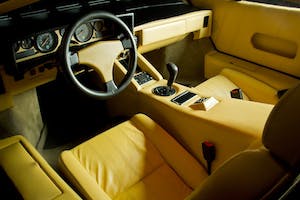 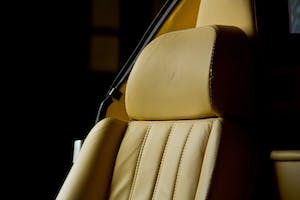 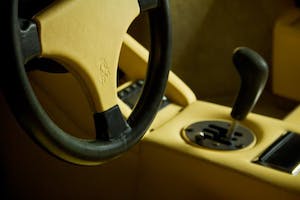 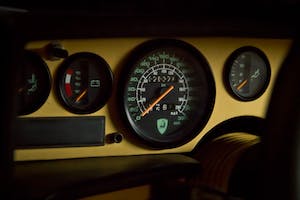 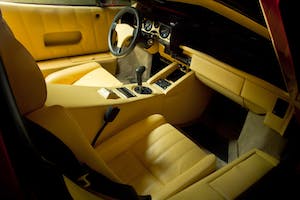 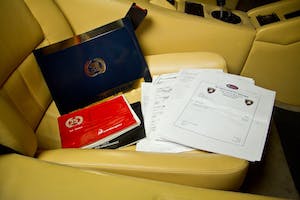 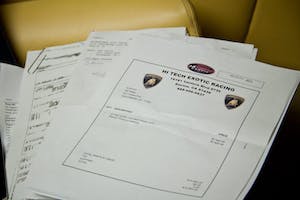 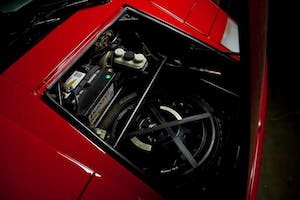 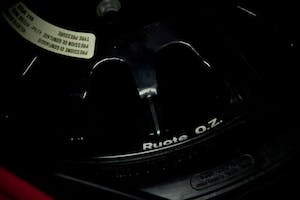 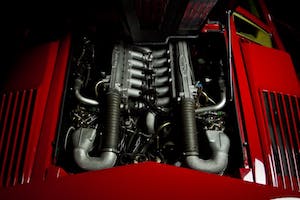 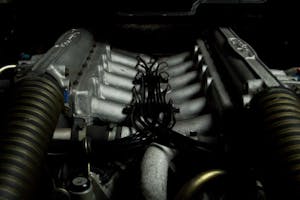 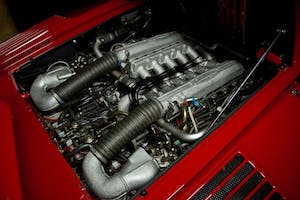 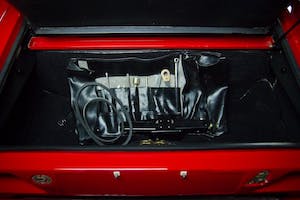 Lamborghini and Ferrari both have their faithful followers, but within this epic saga between the two fabled Italian Super Car manufacturers there is a clear divide when Lamborghini introduced the Countach to the world in 1971 at the Geneva Motor Show. The reality however was not apparent until 1974 when the first production car was delivered to its first Australian owner. As the years went on the LP400 evolved into the LP400S (series 1, 2, and 3) and then onto the LP5000 in 1983. It was by this point that Lamborghini had a very well developed example of an original idea. With this also came an equally well developed following of die-hard enthusiast who were now very loyal to the brand. These early Countach owners and fans were to be the basis of the enthusiasm that drove the success of the Countach’s contemporaries: The Murcielago and the Aventador.

The LP5000, in 1983, was the ultimate combination of original Countach Styling (LP400) and adapted up-to-the-minute technology for Lamborghini with a larger 4.7L motor, since its introduction in 1974. It is said that the LP5000 and the 25th Anniversary of 1989 are the two pinnacles of the Countach experience. While the LP5000 has the raw styling of the earlier cars, it’s the 25th Anniversary cars that have the ultimate combination of mechanical enhancements that allow for reliable and functional enjoyment. Introduced at the Grand Prix at Monza in 1988 to celebrate the 25th anniversary of the company, it was well received and easily the pinnacle of 1980’s Design thanks to the classic Bertone styling. With only 658 examples produced between 1989 and 1990 the Anniversary Countach saw 183MPH, 0-60 in 4.7 Seconds, wider rear tires, additional vents to improve cooling, and lightly redesigned panels and much more throughout. These additions equated to the ultimate iteration of the world’s most famous poster car.

The example on offer here, a 1989 Lamborghini Countach, Chassis # ZA9CA05A1KLA12647 is a US Specification car that we believe was originally delivered new to California. It shows to have a clean carfax with consistent KM reading through the years and defined location and ownership history. From about 1990-2003, the car lived under what appears to be two owners. Services were carried out at what is today; O’Gara Coach Company, then Rolls Royce/Aston Martin of Beverly Hills. Ownership appears to change again in 2007 when it found a home in Alabama before later being traded in 2013 to a caretaker in Virginia. Throughout this period thousands in receipts are present for services performed over the years at either the Lamborghini Dealer or marque specialists. More recently however, in 2014 nearly $18,000 in receipts is present for a total engine out service performed at Elite Motorsports of Farmingdale. NY. The service included a total Kevlar clutch replacement with rebuilt throw out bearing, total fluids change, valve adjustment, engine mounts, rear main seal, flywheel, all fluids and hoses etc… An extensive service overall that dialed this Countach in as turnkey and absolutely without any needs. Shortly after in late of 2014, the car received a total strip and repaint, wheels refinished, and overall detailing to concours specification. Nothing went untouched and today it can easily be stated that this example is as close to concours as one could hope.

Cosmetically, this example requires no real attention to be shown at will. It is straight down the sides with beautifully deep red paint with no blemishes noted. The gaps are all as they should be and the front bumper is the only item that stands out as it has been converted to European Specification. All of the plastic and lenses with the exception of the driver’s side (which has a crack) are all excellent and all emblems and logos are as new. The wheels were also refinished during this cosmetic freshening, taken apart, polished and properly reassembled. The rear tires are newer as well. It is very common for Red Countach’s to have faded original paint as well as faded black trim around the glass. This example has none of this and is will easily impress.

The interior is well preserved overall and has been recently cleaned as needed. Many of these cars while high quality on the inside, were never meant to be durable, rather they were meant to look fantastic when new. As a result the sills and seat bolsters, and a variety of surfaces tend to often be easily worn and aged even with low mileage. This example appears to have been well cared for over the years and in the right ownership of custodians who were gentle in there getting in and out of the car. As a result we have clean sills, seats in excellent condition, and only lightly used interior components. The dash shows slight shrinkage around the vents and elsewhere but it is not split or faded. The headliner, center console and gauges all present beautifully. Additionally, everything appears to be in working order and we have no real complaints. The driver’s seat makes one feel focused with the overall intent of positioning focused on the driving of this V12 machine, easily like no other.

The front trunk and engine bay are similar in their appearance, largely original, detailed, but completely stock throughout. A set of tools/Jack and a spare can be found in the front trunk and a clean/correct trunk compartment shows nicely as well. Turning the key starts this Countach easily, it idles nicely with power easily abundant and fast to react under throttle. The cooling and charging system operate without fault and the oil pressure shows strong as the RPM’s grow. There is nothing out of place about the way this Countach functions except for its extreme nature and plethora of power and ability to perform.

There are many icons of particular Era’s and the Countach certainly is reminisced by many as the icon of the 1980’s. Though these cars are rare enough, outrageous enough, and important enough in the history of the Automobile that it could indeed be a contender as an Icon of the Century. Low mileage, good history, well serviced, and presenting beautifully, there is no other Countach more appropriate for the enthusiast or collector who is looking to add the world’s most revered supercar to their collection.

Available Documentation: (Click on the links below to view the file)