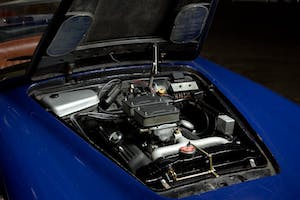 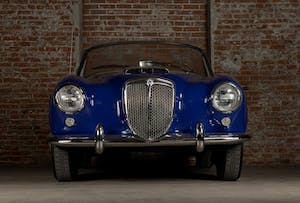 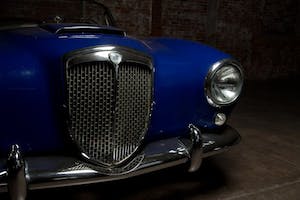 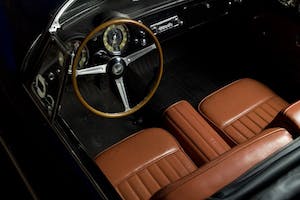 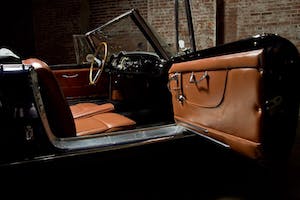 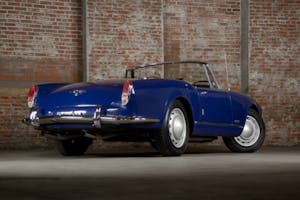 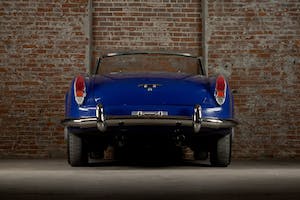 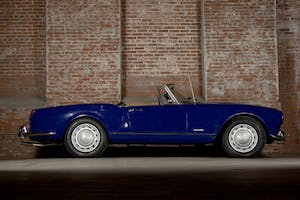 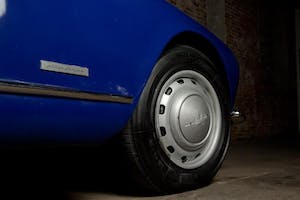 Lancia Automobiles S.P.A., founded in 1906, is perhaps one of the oldest car companies in the world. They have a unique flavor and easily stand out from other Italian manufacturers for a number of reasons; Impeccable craftsmanship, fresh, innovate engineering solutions, and sporting design has always come together in a marriage that has provided the basis for a sports car easily comparable to its contemporaries such as Ferrari, Lamborghini, and Maserati. While the Lancia Automobile Company often had complete disregard for the accounting department in their endeavors to produce some of the world’s most interestingly advanced cars, they absolutely made there make on automotive history both on and off the track.

When Vittorio Jano joined Lancia in 1937, his biggest achievement would come with the Aurelia series and his astonishing V6, the first the world had ever seen in a production vehicle. In 1950 when the Aurelia was launched it immediately took to racing circuits across Europe for both marketing purposes and the outright goal of podium finishes.  In 1951 the Aurelia finished only 13 minutes behind a Ferrari 340 in the Mille Miglia and took a class win, along with class wins in the 24 Hours of LeMans, Coppa D’Oro delle Dolomiti, Pescara-6 Hours, Carrera Panamericana, and the Targo Florio to name a few. Obviously, there was effectiveness, reliability and outright quality being displayed by the finely engineered cars coming from Lancia’s factory.

The Lancia B24 from first appearance is obviously proportionate and beautiful, which can be accredited to its Pinin Farina body work. But what lies under the surface is ground breaking in-period technology that today can still be admired. While the B20 Coupe’ was fitted with a 2.0 Liter version of the Aurelia V6, the B24 received the upgraded 2.5 Liter power plant. Most interesting is that the entire drive engine is aluminum offering the perfect combination of power while retaining lightness. Following the prop shaft to the to the rear mounted trans axle, one can notice an all aluminum design along with in-board drum brakes. While the Aurelia makes plenty of free-revving power from a lightweight engine, it’s the perfect balancing act of front engine rear trans axle that gives the Aurelia a near perfect weight distribution and thus phenomenally well balanced handling.

The example on offer, Chassis Number B24S1667, according to Signore Guido Lamperti (Lancia Club Register) was delivered new to the US in its original colors of Gray over a Red interior and accompanied by a matching Hardtop. The original list of equipment per it’s factory record is as follows:

Today it still carriers these numbers and is indeed a numbers matching example through and through.

Early history on 1667 shows that it was delivered new to its first gentleman owner in the US, where it was kept in good hands for about 22 years. By 1982 it was acquired by its second owner, a Mr. Bart Di Massi of Cocoa Beach, FL. It was under this ownership for approximately 11 years before again trading to its most recent and 3rd long term owner who enjoyed the car in his home state of New York. 1667 was enjoyed only during the summer months and from 1993 to 2013 the car remained mostly in storage, seldom driven.  By 2013 1667 became available once more through a dealer in Colorado and only after passing through a very short term ownership in CA was it finally offered for sale to the general public once more.

During its brief stay in CA there was quite a bit of work completed to bring 1667 up to date mechanically. Receipts are present form JML Auto Restoration in CA for services performed on the entire braking system, cooling system, fuel system, and a generally sorting and tuning of the entire car; putting it totally in order mechanically as a reliable example worth of touring at any time.  Mechanically this car is very impressive, well dialed in, and can definitely be considered correct and in no need of attention.

Cosmetically the car shows its age as a car that was once worth far less, and thus it has been painted and freshened over the years, but to the standards of the time period in which the works were completed. Today it wears a correct color combination for a Lancia of 1958, though the paint is older, checking, and chipped in some spots. The body is solid however and mostly straight with all components present. We have noted that the rear taillights were changed out for the brighter and easier to see Alfa Romeo 2600 units.  The chrome is also older, but all of the important pieces present, as are all of the moldings and trim pieces. The front windshield shows a small chip as well. The car does not appear to have ever been involved in any major accidents, though some metal work may have been performed over the years. The soft top and bows are present as is the hardtop and related components. Everything fits decently and overall the cosmetic condition can be considered scruffy, but worthy of a car that could be driven without worry. It’s presentable but not show worthy and most likely will warrant itself as the ultimate restoration candidate. With original colors of Gray over Red, and a matching hardtop, this is no doubt, potentially, the most beautiful B24 worth investing in and bringing back to its original glory.

The underside is straight, original and solid overall, though we have noticed the front cross member directly under the radiator does show a small rust hole from years of the radiator leaking on it while in storage; a minor issue, easily corrected by skilled hands, but present. The dash and all instrumentation is still present and the clock reports what we can assume to be 87,922 original miles. The radio is a 1970 or 1980’s period radio, but everything on the interior appears to be in working order, the only item not functioning correctly is the fuel level gauge. The mats are the originals and the seats have been recovered, but every item is present for one to utilize in this examples restoration, if that is the course of action. The trunk is rust free and still retains the original jack and spare. It presents as highly original, accident free and in order for a driver.

The engine bay is the most impressive part about the car. The motor and related components are very clean, tidy, and highly correct. One item to point out that is an extreme rarity on B24’s is that this example is fitted with a full Nardi Kit which offers the driver two Weber Down Drafts, different style air cleaners, and a Nardi Intake manifold. This alone ads not only value but a snappy and quick throttle that contributes to the already fantastic driving experience these B24’s have to offer.

An opportunity to acquire a Lancia Aurelia B24 is rare as only 521 were ever produced. An example worthy of restoration and refurbishment that could be driven and enjoyed in its current state allows 1667’s future custodian to enjoy a B24 care free before it is returned to its fantastic original state of Gray with a Red interior.  Adding in that this is a numbers matching example with factory hardtop and a Nardi Kit qualifies this as an opportunity worth much consideration. With today’s rising market tide, collector cars, especially of the Italian origin, have seen impressive results achieving numbers higher than ever. The B24 is still easily undervalued and getting into one now will prove to be not only a smart choice but a very fun choice as well. For the savvy collector or enthusiast, this is an opportunity worth much consideration and should not go unnoticed.