So go forth, be bold, and don’t be afraid to turn down that gravel road, or to get caught in a rainstorm. Don’t worry so much, and use that car for what it was meant to do; bringing a smile to your face!

Classic and collector cars have always had the sentiment around them that they need to be “protected.” Don’t let it get wet, but not too much sun either. Let people see it but don’t let them get too close. You have to wash it with the right soap and dry it with the right rag. There is a never-ending maze of protocol that most people will tell you that you need to follow when owning a special vehicle. To be perfectly honest, however, these feelings are entirely understandable as often times these special interest cars are worth a lot, both sentimentally and monetarily. There are always cars and situations that warrant special protection and care from their owners.

Recently, however, there has been more and more people who are taking their classic car out and using it how it was meant to be used. Driving places and doing things that have the people holding the velvet ropes and do not touch signs raising their eyebrows and shaking their heads. This new wave of enthusiasts are doing something special. They are using their cars as they were intended to be used…as vehicles of enjoyment! It’s about enjoying an automobile for what it is, getting out and doing more driving and less worrying. In these peoples minds, rock chips and door dings are sentences in a paragraph and the pages all add up to a book titled adventure. If you can have fun and venture to exciting or new places no matter where they might be, in your favorite vehicle, no matter what IT might be, isn’t that the ultimate satisfaction as an automotive enthusiast?

Nowhere is this push to get back to the root of having fun with an automobile more apparent than in the Porsche community. No matter the shape of the car or the three-digit identifier on the back, Porsches have always been about usability. It’s a characteristic that has been written into the design language of the company. Porsche has also always had one of the most enthusiastic ownership groups out there. Lately, there has been a substantial push to bring back the “Safari Style” 911 of the 70’s and 80’s by people wanting to do more “adventuring” with their beloved classic cars.

While there are still some holdouts that cannot wrap their mind around why someone might blast a perfectly good car down a pothole-laden fire road, the vast majority of people seem to be extremely receptive to this new trend. And while it may be putting undue stress and strain on the cars, in the end, dirt can be cleaned and broken parts mended or replaced. Both the OEM and aftermarket parts communities for almost all popular makes and models are stronger than they have ever been and its this kind of backing that allows people let their minds run wild and free as they veer off onto dirt fire roads in search of adventure in their favorite cars.

This brings us to our situation. As winter drew to a close last year and the midday temperatures started to rise, we had one last good snowfall here in Pennsylvania. We wanted to head up to the mountain to do a little snowboarding and while we could have easily taken the comfort and heated seats of our resident Chevy Duramax Pickup, where is the adventure and fun in that? So we scoured the shop and while we did not have any Safari 911’s laying around, we did have our trusty 2.0 liter Porsche 914, a car which is also incredibly capable in many scenarios. We also had a period correct roof rack which we hooked to the top, strapped down our boards and decided to see what this little car could do on our way to the mountain to have some fun. Being mid-engined rather than rear and having slightly older street tires, the traction was often less than ideal, but as long as you kept the momentum up, the relatively lightweight nature of the car and free revving and torquey engine kept it moving with ease!

Ground clearance was a bit of an issue, but as long as you avoided any deep snow, there were no problems. The 914 has a surprising amount of storage with its dual trunk setup, so there was plenty of room for all the gear. All in all, it was a supremely successful day with plenty of sunshine and great weather. Walking out to the parking lot after a long day on the mountain and having a classic car waiting to greet you is a truly rewarding sight.

Sure, we drove our classic car in the snow, a cardinal sin amongst the old guard of enthusiasts, punishable by extrication from your local clubs newsletter, but guess what? Nothing happened! Of course, we brought it home and had to put a little extra time into thoroughly cleaning both the wheel wells as well as the underside, but the fun we had sliding that little mid-engine go-cart around in the snow was worth it ten times over.

In the end, it is all about feeling like your breaking the rules and overthrowing those “you’re not supposed to’s.” Some people might try to claim this as “abuse, ” but in reality, it is simply using a car as means to achieve one’s happiness. Where does a car ultimately deserve to be? Covered in a climate controlled garage waiting out the winter, or out on the road seeking out adventure. The popular saying “to each, his own” is most applicable here, however. We aren’t encouraging you to go out and thrash your freshly restored vehicle down a cinder laden road, as nobody likes to ruin a beautiful fresh paint job. One must admit though; there is something oddly satisfying about seeing vehicles that “don’t belong” someplace being used to bring smiles to the faces of their adventurous owners. So go forth, be bold, and don’t be afraid to turn down that gravel road, or to get caught in a rainstorm. Don’t worry so much, and use that car for what it was meant to do; bringing a smile to your face! 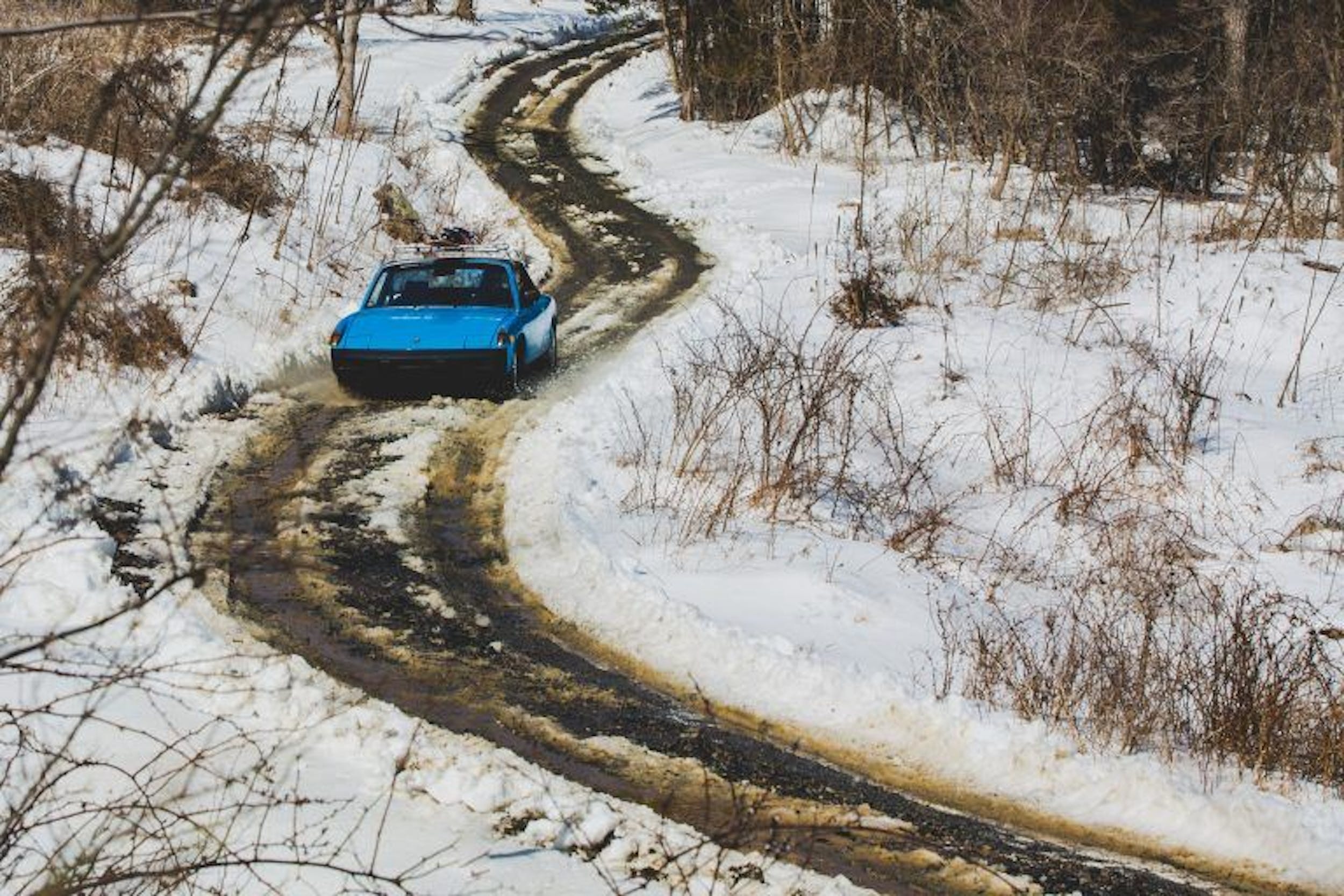 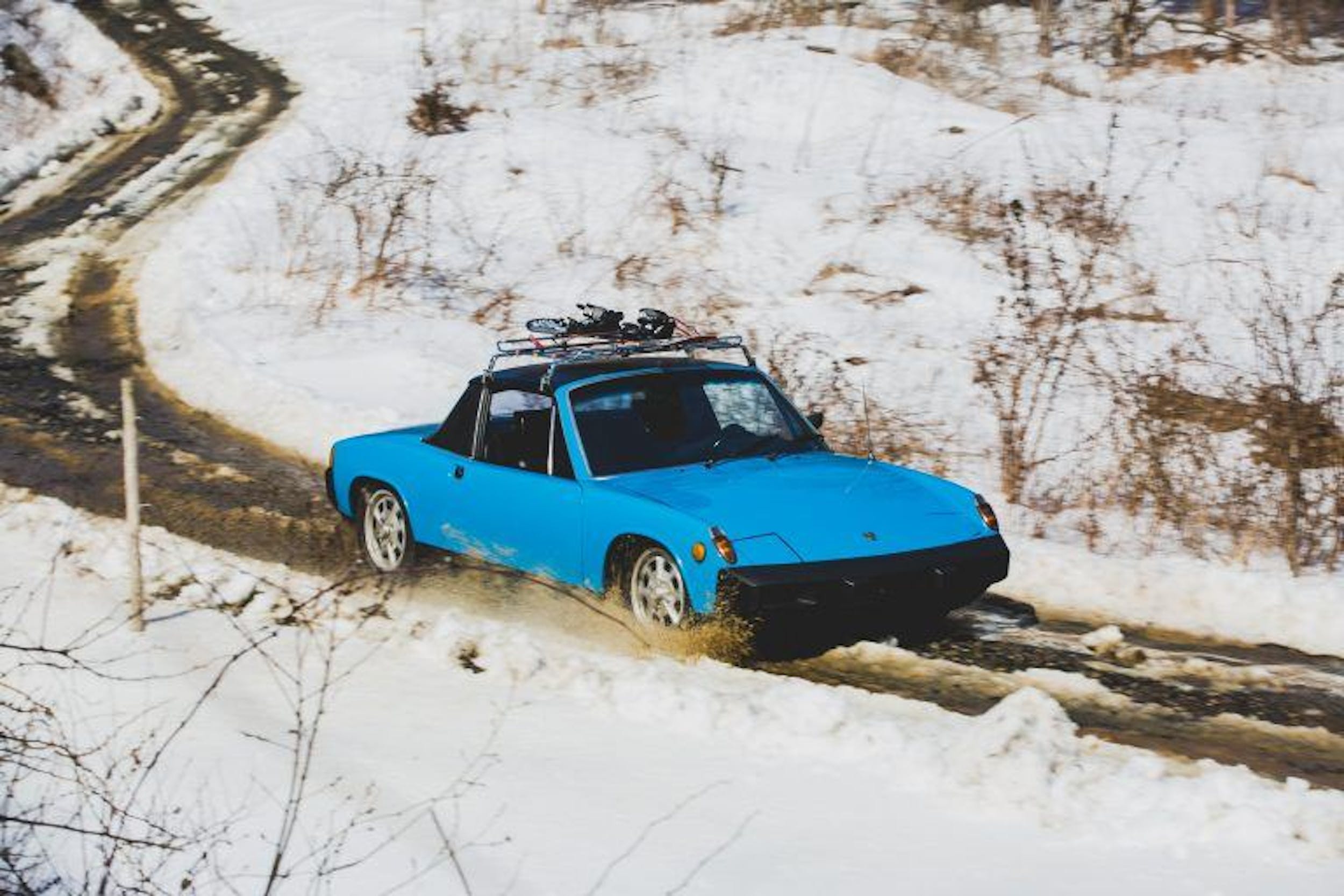 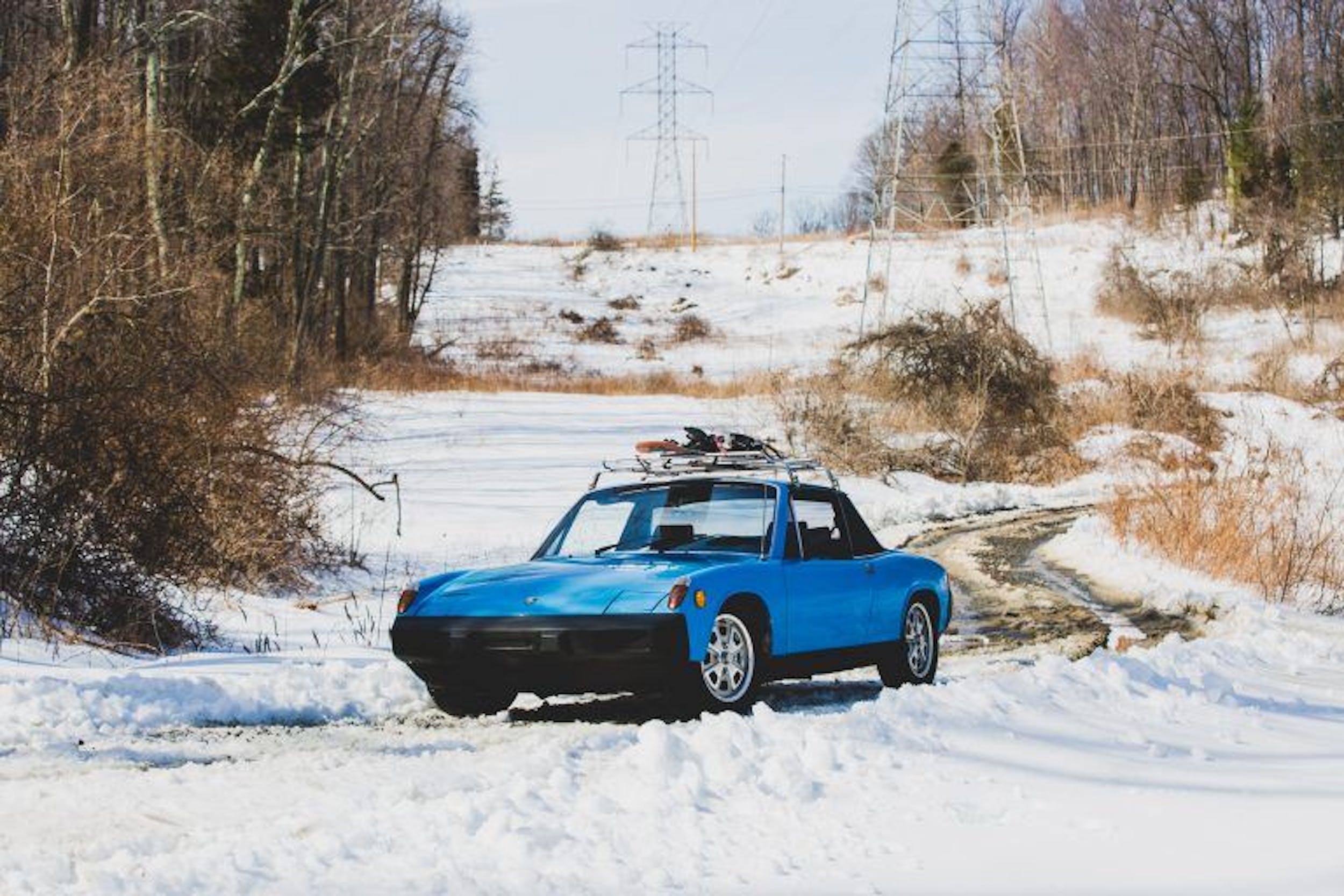 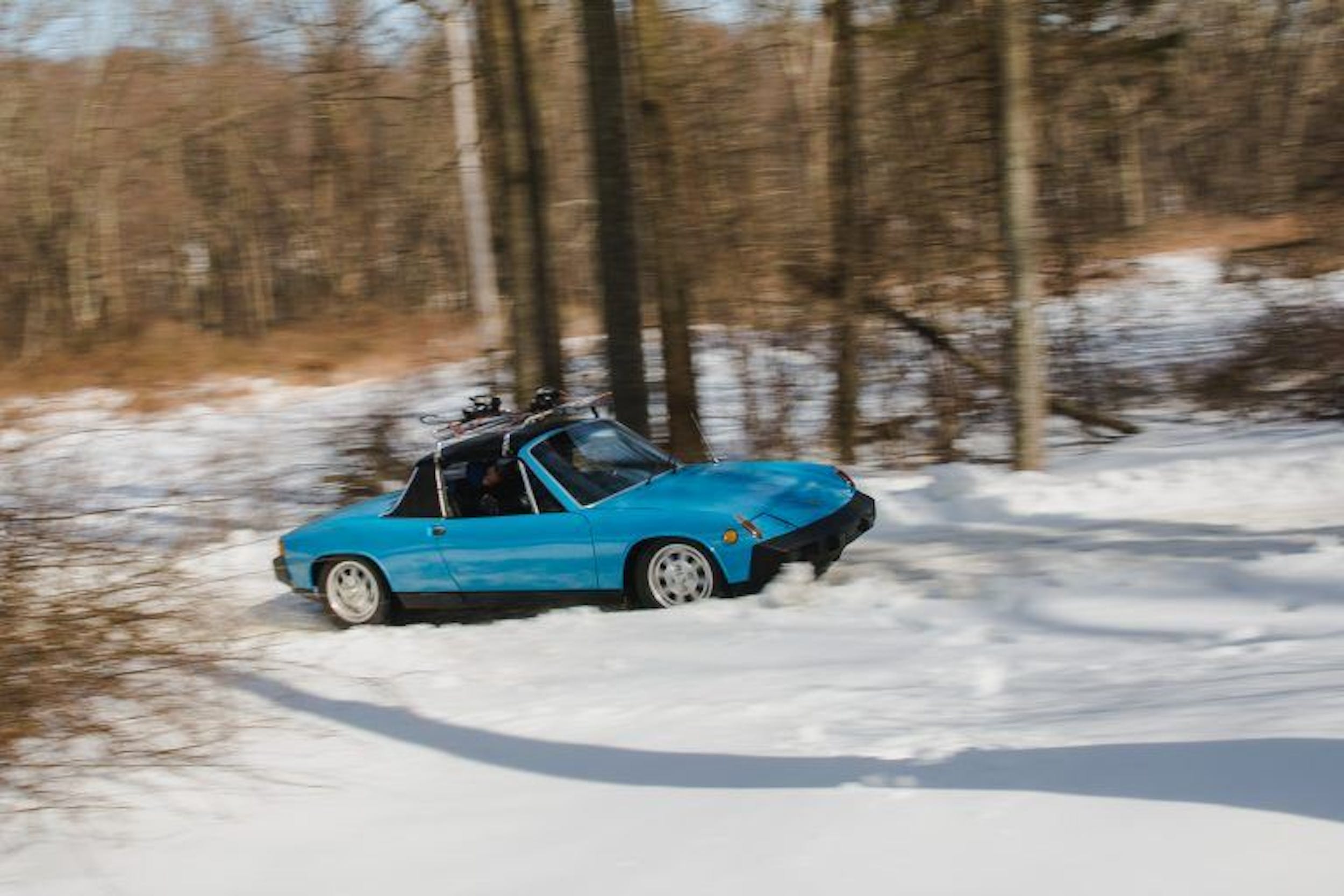 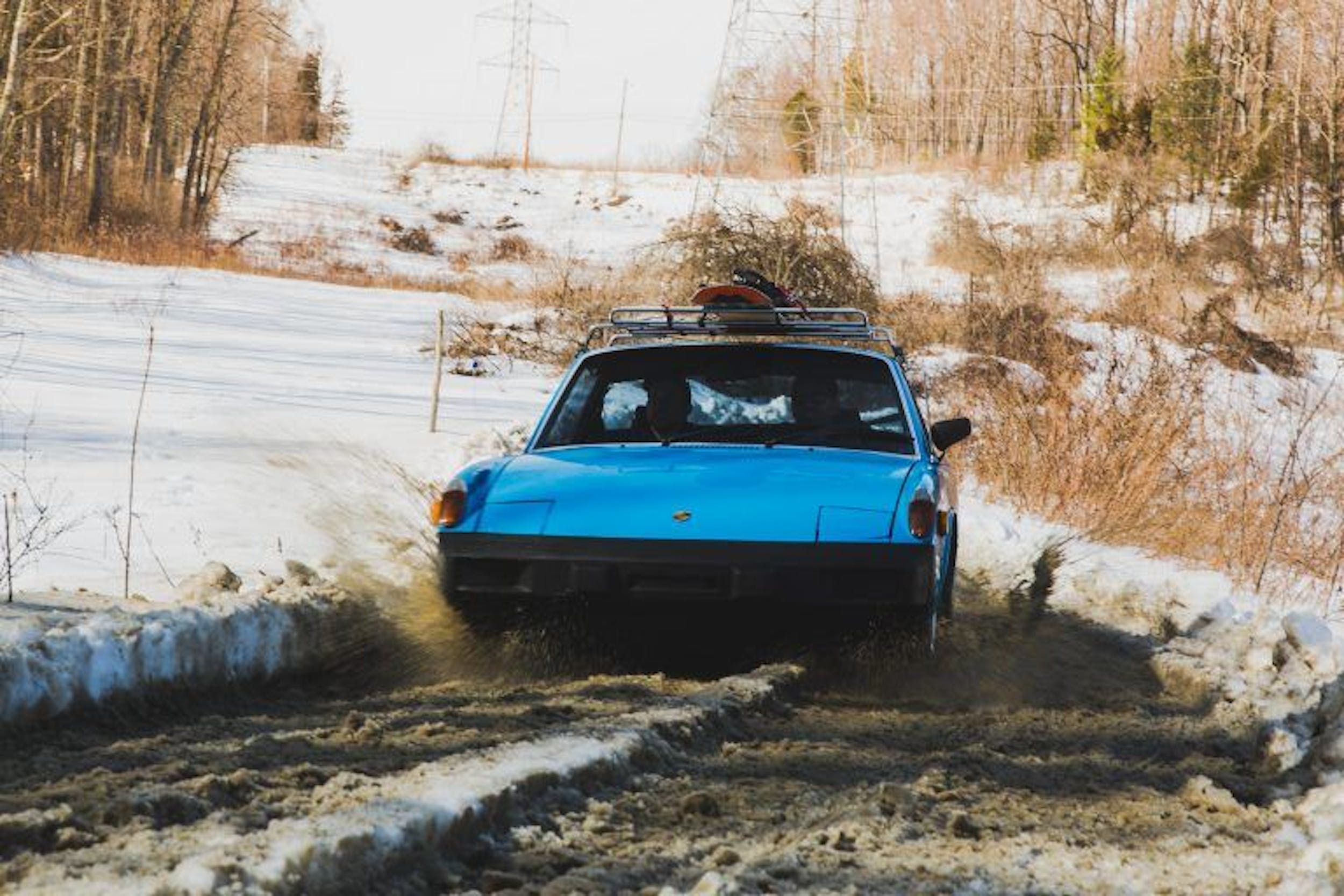 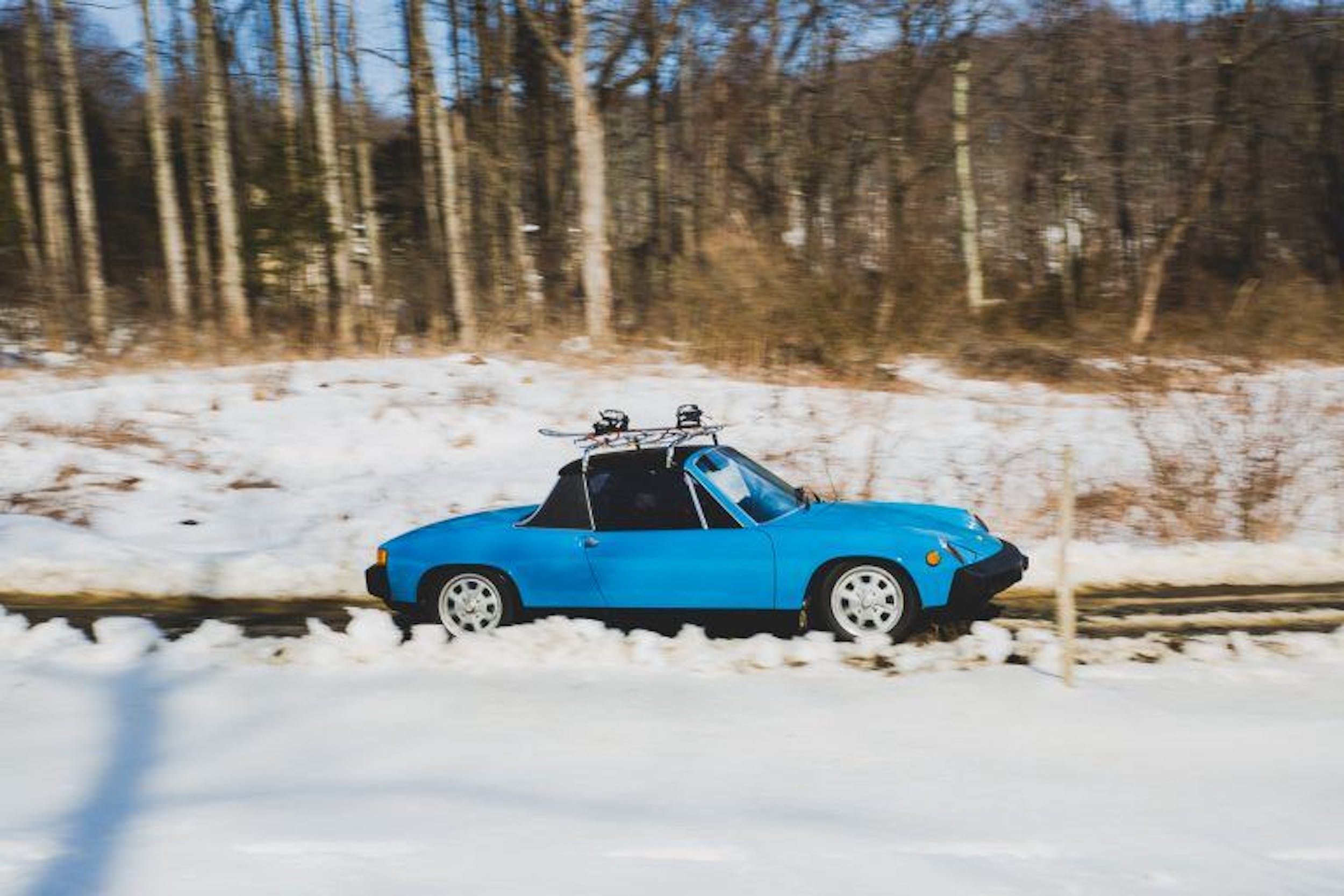 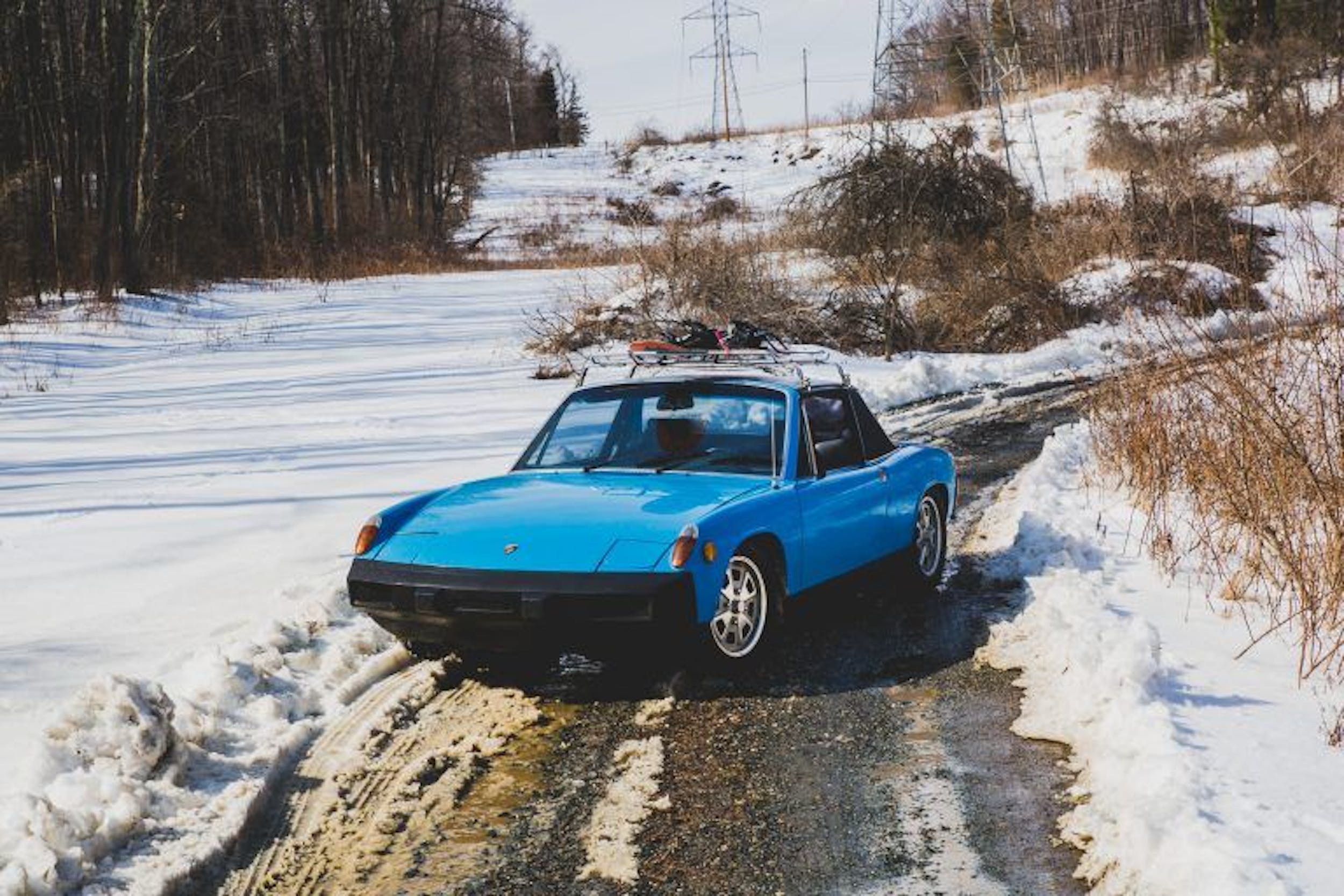 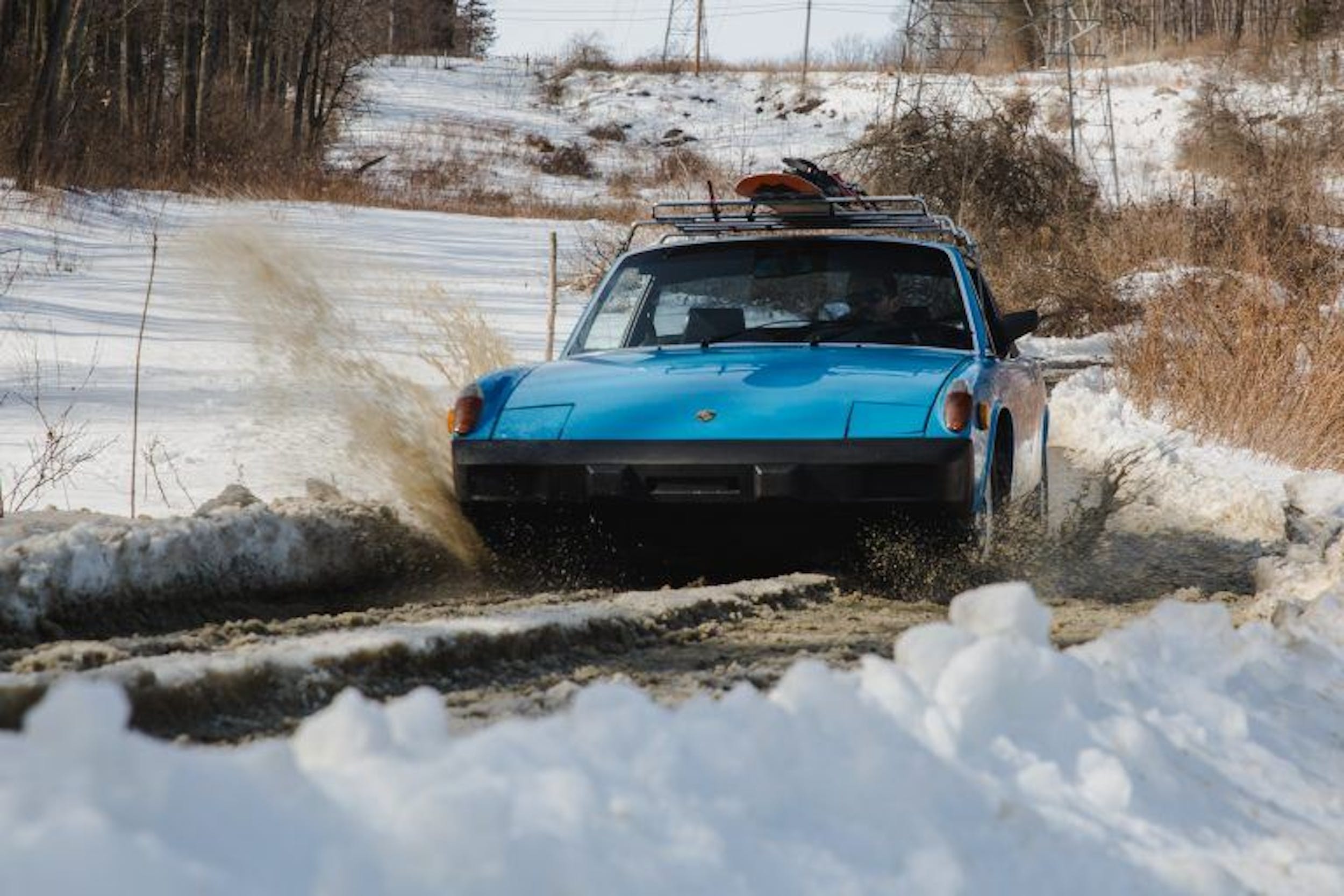 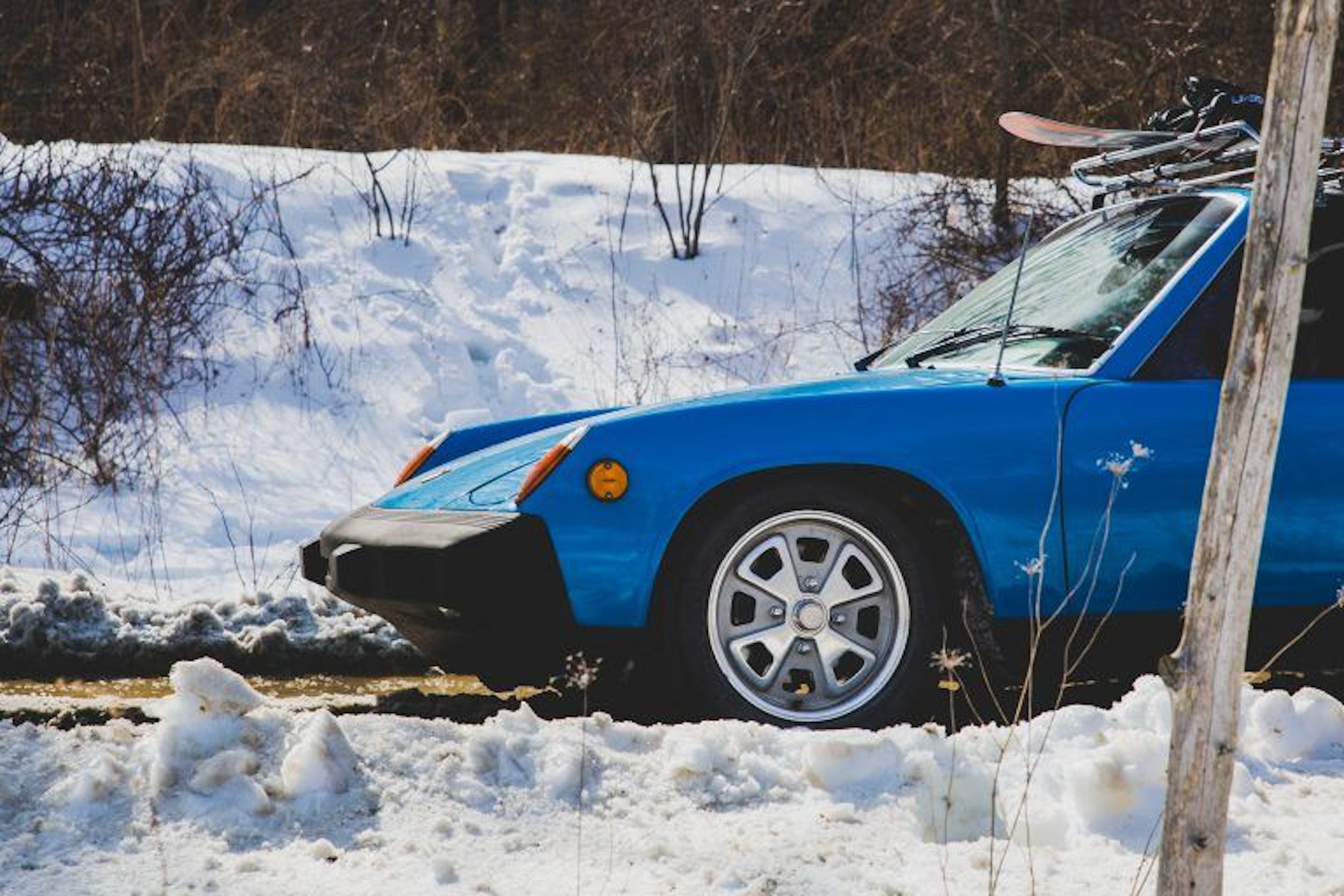 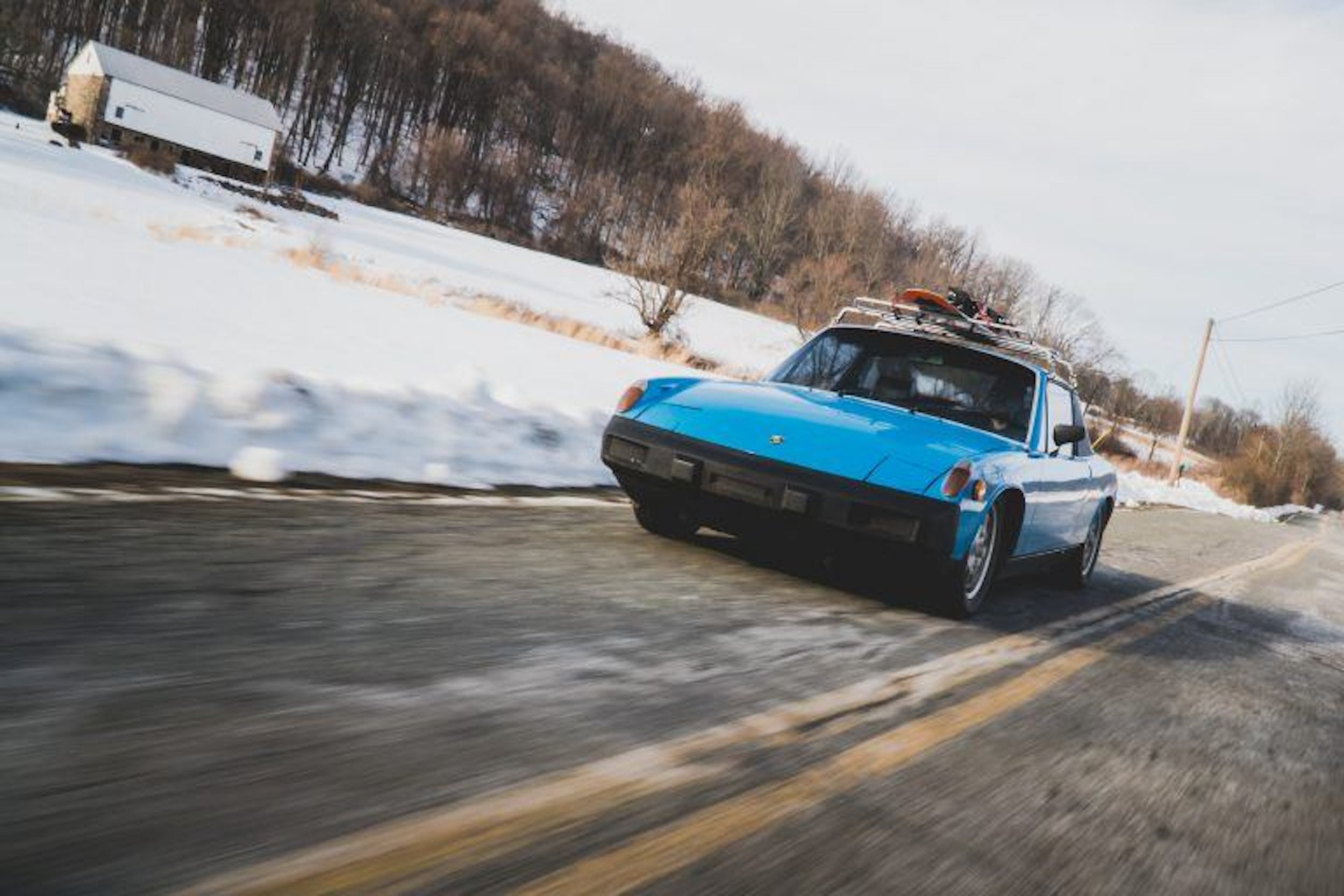